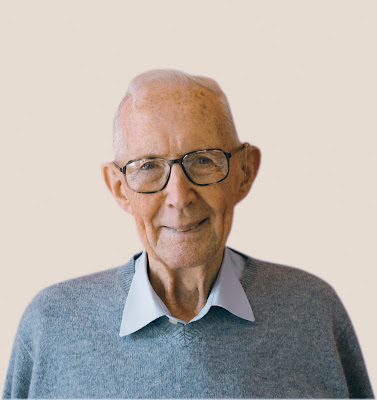 Father Seán's first twenty years were spent in pastoral work in Mindanao, Philippines. He worked mainly in Ozamiz City and in Iligan City. In the latter he established the new parish of Corpsu Christi in Rosario Heights, Tubod, and built a huge, modern church there. In his years in Iligan he displayed his extraordinary creativity. He was always open to trying new ways of in volving his parishioners and had a particular gift for raising funds for the many projects of the parish. 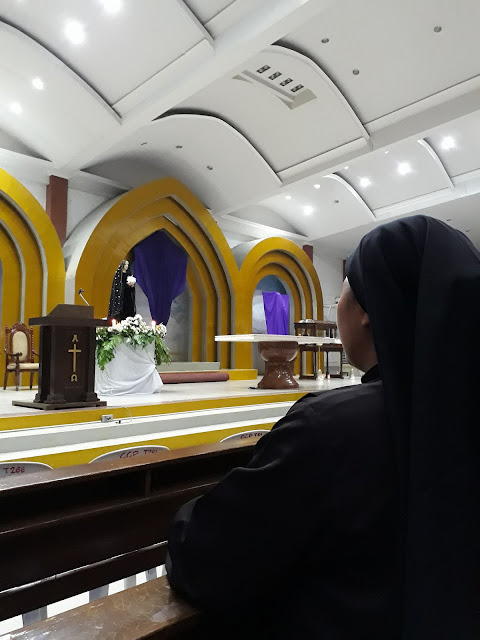 After twenty years in the Philippines there followed ten years of promotion work in the District of Britain. Fr McGrath was in charge of the London house and in 1979 became Superior of the District. He was always a cheerful extrovert who made friends easily, remembered names and was a gifted fundraiser. All these qualities helped make him very effective in promoting mission. 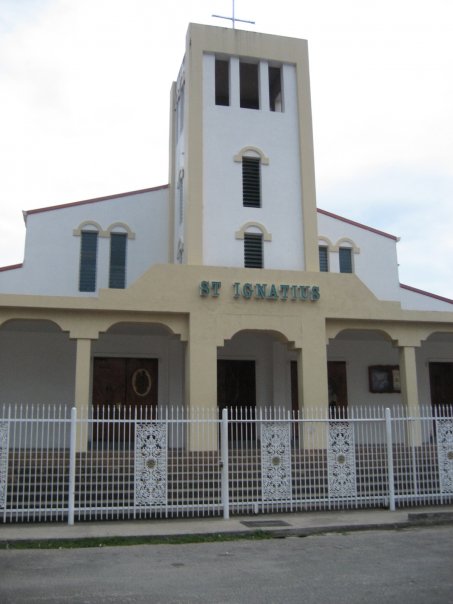 When the Columbans opened a new English-speaking mission to Belize in 1986 Father Seán was one of the first to volunteer. His companions elected him as spokesperson of the mission unit. Conditions were difficult but he was happy to be back in a new environment, working out of St Ignatius Church in Belize City. He organised raffles in order to raise funds for the parish projects including the building of a new rectory. The mission to Belize ended in 1996 when the Columbans lacked manpower to continue there and Father Seán was assigned to the USA. 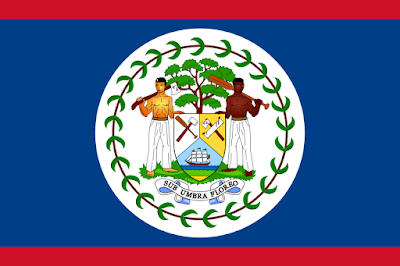 In the United States Fr McGrath's gifts were employed very successfully on behalf of projects in the Columban Region of the Philippines. He was delighted to be back working with Filipinos and he encouraged them to help with the education of our new Filipinos seminarians and with other projects. He worked happily in the USA until his health began to deteriorate and he returned to Ireland and to the nursing home at St Columban's, Dalgan Park, in 2014.

Always full of energy, good humour and creativity, Father Seán will be remembered among Columbans and his numerous friends in so many different countries.

May he rest in peace. 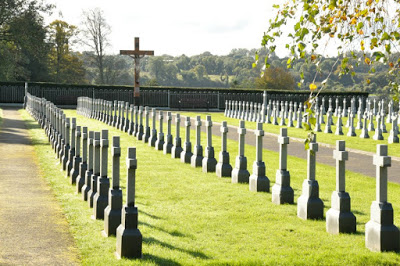 Fr McGrath was an outstanding Gaelic footballer in his youth and played midfield for the Tyrone minors when they won the All-Ireland Championship in 1947 and 1948. The following tribute appears on the Tyrone GAA Facebook:

The death of Fr Sean McGrath draws the curtain on the exceptional life journey of an exceptional Tyrone man. Fr Sean was in so many ways a person apart, an All-Ireland Minor double-winner for us in 1947 and 1948, (that group of young men whose significance within the Tyrone GAA story can never be underestimated), and then with the Columban Fathers a man who improved the lot of humankind not just in Ireland but in Belize, Britain, The Philippines and the USA. Most of us aspire to great things in life: Fr Sean lived them and delivered them.

Clonoe O'Rahillys was the local Gaelic football club of which Father Seán was a member. The club carries this tribute from a relative on its Facebook: 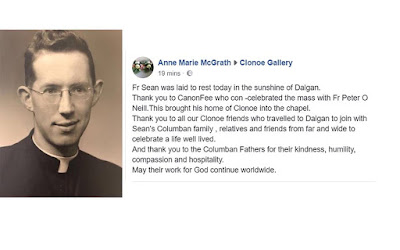 Father Seán loved Irish music and during his long, lingering illness another Columban, Fr Bernard Mulkerins, often sang for him in his room in the Columban nursing home. This was Father Seán's favourite song.